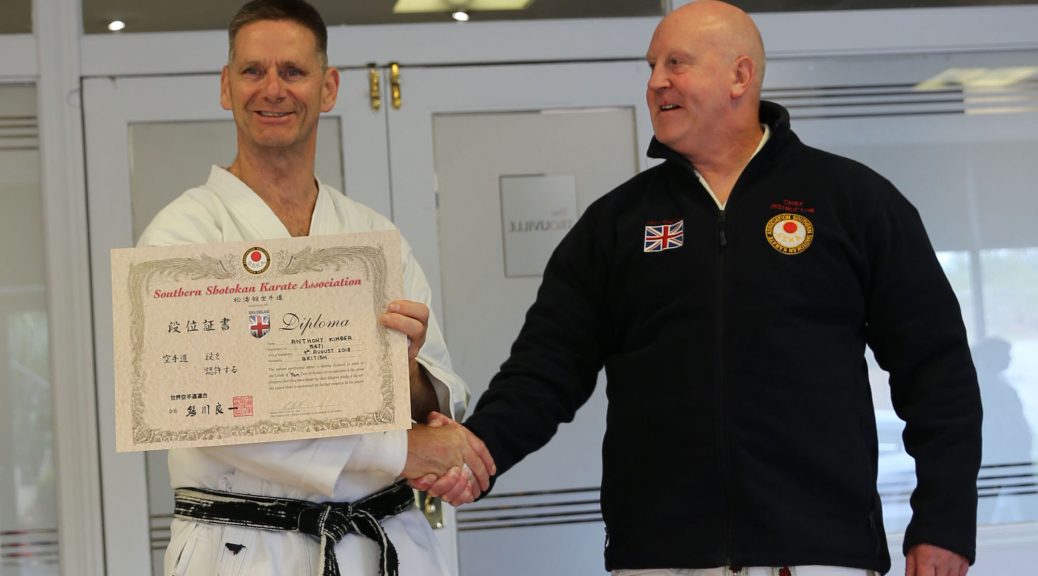 I used to take my son to karate and would sit and watch, one evening the Sensei wanted to demonstrate a move (Uraken) and asked me to oblige. It frightened the life out of me and he said,  ‘you can learn that if you want to’ , so I started joining in the lessons and thoroughly enjoyed it.

In 2007, when I was a 1st kyu, the opportunity came to take over the club which I agreed to. When I first took the club on somebody described me as a person who had just passed their driving test (i.e., had a lot to learn). But I grew in strength and in 2008 I achieved my 1st Dan, black belt. I couldn’t have achieved this without the support of Stuart Cole and Rob Lewis.

I gained my 2nd Dan in 2011, 3rd Dan in 2014 and 4th Dan in 2018 and with this came promotion to Senior Instructor. In January 2019 I was asked to become a Grading Assistant. I wouldn’t have been able to achieve this without the support of the SSKA members.

I strongly believe that my club in Basingstoke is successful because of its members, their dedication to the sport and the club, which I truly appreciate.

I have never regretted taking up karate and would strongly recommend it.